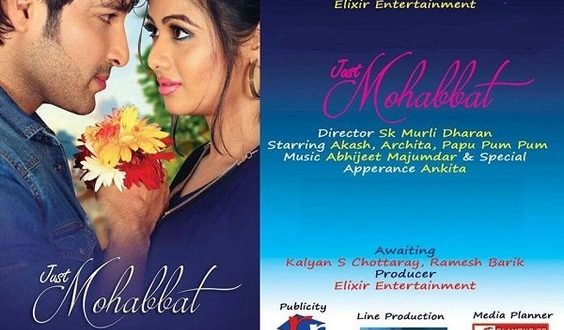 The film is based on a love story with full of romance and comedy.

Ollywood beauty Archita is playing the role of a stubborn girl in this romantic comedy movie. The audience will enjoy the sizzling chemistry of Archita and Akash in the movie. Both the actors and the production house expect that it would entertain the cine lovers especially the lovebirds, who will celebrate their love on Valentine’s Day.

The flick Just Mohabbat has been directed by SK Muralidharan.

The shoot of the film has been completed and the post-production work is going on.