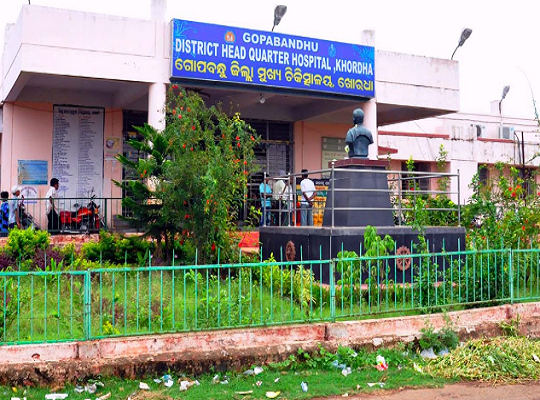 Khurdha: Tension ran high at the District Headquarters Hospital (DHH) in Odisha’s Khurdha after a pediatrician was allegedly kidnapped on Thursday.

It is suspected that the child specialist, Pradip Kumar Das, was forcibly taken away by angry relatives of a kid who died allegedly due to administration of a wrong injection. Das was kidnapped from his official quarters located on the DHH premises.

However, the doctor was rescued by police after the hospital staff staged a dharna and sought his immediate release.

Police rescued Das from Batamangala bypass Chhak on the outskirts of the town. Two persons have been detained and being interrogated in this connection.