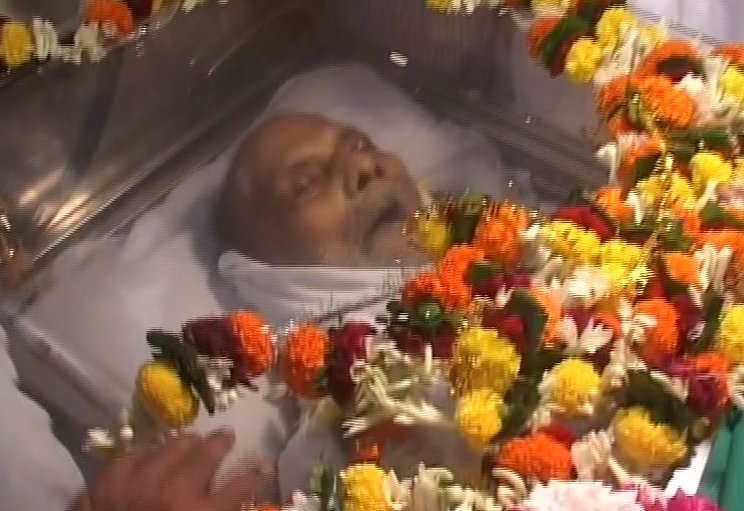 Bhubaneswar: Leaders and politicians of various levels on Tuesday paid rich tributes to the departed soul of firebrand socialist and former Lok Sabha Speaker Rabi Ray, who passed away on Monday due to age-related ailments at the SCB Medical College and Hospital in Cuttack.

The Odisha Government has declared one-day state mourning on Tuesday in honour of eminent socialist leader from Puri. National Flag is flown half-mast on all government buildings for the day.

The body of the departed leader will be cremated with full state honour.

Ray breathed his last on Monday while undergoing treatment at SCB Medical College Hospital in Cuttack. He was 90 and is survived by his wife Dr Saraswati Swain.

He was elected to the fourth Lok Sabha from Puri constituency in 1967. He was unanimously elected as the Speaker of ninth Lok Sabha on December 19, 1989.

Earlier, he was the Union Minister of Health and Family Welfare in Morarji Desai Ministry from January 1979 to January 1980.