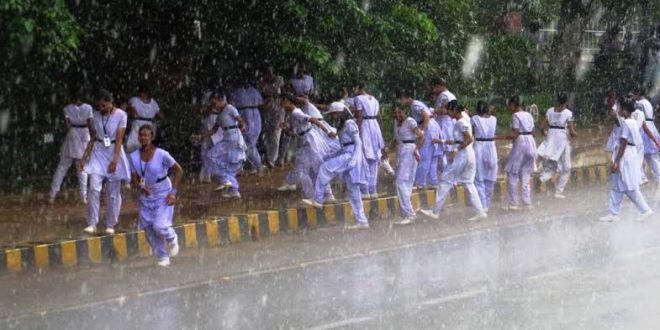 Bhubaneswar: Several parts of Odisha including the capital city witnessed light showers accompanied by a cool breeze in the morning on Wednesday.

It brought relief to people, who have been enduring the rise in temperatures over the last week. The light shower, however, put some problem to the 10th students, who were going to appear for their science exam on Wednesday.

Several areas in Bhubaneswar received rainfall.  Other parts of the state also witnessed the unseasonal light showers in the morning.

The Met department predicts that cloudy condition will continue for next five days.

The showers occurred due to the trough line stretching from Sikkim and foot of Himalay. North, South and internal pockets of state had also witnessed showers and cloudy conditions.