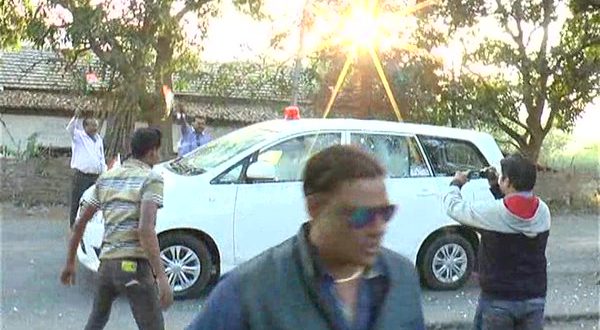 They hurled eggs at the car of Nayak at Kurada while the minister was on his way to Deogarh after attending a programme in Sambalpur.

The minister’s visit has been cancelled following egg throwing incident.

The students’ wing of Odisha Congress has taken responsible for the incident stating that such protests will continue in the coming days.

Activists claiming to be members of the students’ and youth wings of the Congress party had hurled eggs and tomatoes at the Minister’s car near the Chhatrapur College square on the national highway while he was on his way to attend the golden jubilee celebrations of Berhampur University.

Notably, the Minister faced egg and tomato attacks for two consecutive days. On Sunday, the Congress activists hurled eggs at the Minister’s car at the Special Circuit House in Puri alleging large-scale irregularities in the allotment of ration cards.

While five Congress activists were arrested for their involvement in the Puri incident, three activists have been arrested today for Chhatrapur incident.