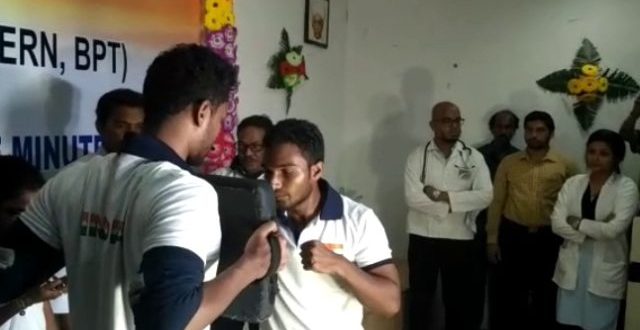 Bhubaneswar: Satyapira Padhan from Kalahandi district in Odisha on Tuesday scripted his name in the Guinness Book of Records by hitting the most number of full contact punches (with one hand) in one minute.

Satyapira hit 393 punches to shatter the current record held by Muhammad Rashid from Pakistan, who had set the world record with 377 punches in October 2016.

Satyapira’s glorious achievement was captured on camera through video recording. The official confirmation will be given only after Guinness officials verify the video evidence of his feat.

Padhan, a native of Deypur village in Kalahandi district, is a trained martial artist, successful sportsman and a student of physiotherapy.

He is continuing his Bachelor’s degree in Physical Therapy at Hi-tech Medical College.