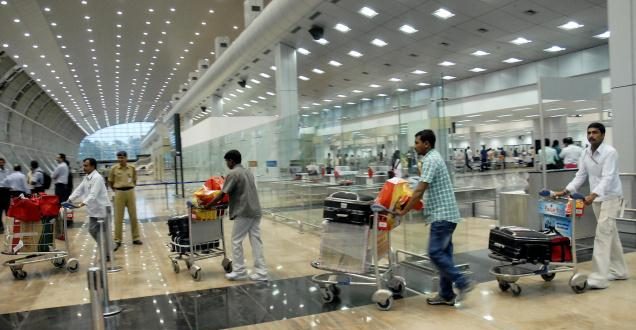 Bhubaneswar: The Odisha government has started the process of identifying land for a new airport on outskirts of Bhubaneswar.

The Khurda district administration has identified land at Malipada, Jankia, Tangiapada and Badasahi in the district for establishment of the new airport on outskirts of Bhubaneswar.

It was informed at a meeting chaired by chief secretary AP Padhi and attended by joint secretary of Civil Aviation Ministry Usha Padhee.

The Airports Authority of India (AAI), who will decide the spot after a tour of the area, was also apprised of the land to set up the new airport on outskirts of Bhubaneswar.

A team of Airport Authority of India (AAI) has made a survey for the new airport near the state capital, he said.

Earlier, the state government had initiated the process for identifying 1,500-2,000 acre land in Khordha after the AAI proposed for a greenfield airport near Bhubaneswar.

“Discussion was held on the future requirements and an assessment has been done on the expected date of the project,” said Hota.

The General Administration (GA) of the state government had asked Odisha Industrial Infrastructure Development Corporation (IDCO) and Bhubaneswar Development Authority (BDA) to intimate about the availability of land for the purpose.

The process was initiated after AAI Chairman Guruprasad Mohapatra in a letter had indicated to the State government requirement about 1,500 to 2,000 acre of land for development of a greenfield airport near Bhubaneswar following his recent visit here.

Mahapatra during his visit had held discussions with Chief Secretary Aditya Prasad Padhi and other senior officials regarding the extension of the runway of BPIA.

He had said that a minimum of 64 acre of land was required for expansion of the runway to operate international flights from the BPIA.

As removing various existing structures could pose a big hindrance to the acquisition of the required land, he wrote to the government to identify land for a greenfield international airport near Bhubaneswar.