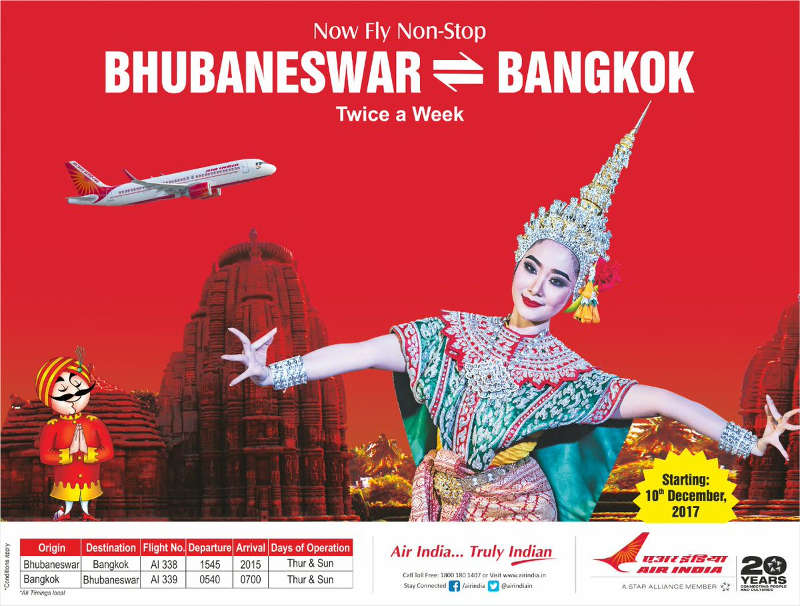 Bhubaneswar: The direct flight from Bhubaneswar to Bangkok was operated from Sunday with the maiden Air India flight from Thailand capital landed at Biju Patnaik International Airport (BPIA) here this morning.

The flight number A1339 with 18 passengers on board took off from Bangkok at around 5.40 am (IST) and landed at 7 am in Bhubaneswar airport on Sunday.

The passengers were given a rousing welcome after they landed at BPIA in the morning.

The direct flight from Bhubaneswar to Bangkok would boost tourism as Odisha would attract the visitors for Buddhist circuits in the state, he added.

The return flight number A1338 is scheduled to leave Bhubaneswar at 3.45 pm and will arrive at 8.15 pm in Bangkok. The Air India flight service to Bangkok from Bhubaneswar will be operated on every Thursday and Sunday in a week.