Bhubaneswar: Pankaj Mohanta from Keonjhar, who had saved three women from drowning, has been selected for the Indian Council for Child Welfare’s National Bravery Award to be presented by Prime Minister Narendra Modi on January 23.

Eight-year-old Mamata Dalei, who saved her younger sister from a crocodile attack on April 4 in Kendrapara district, has also been selected to receive the award from the Prime Minister.

Pankaj Mohanta, the 14-year-old-boy, had saved three women from drowning in Baitarini river on May 22.

Three women Suchita, Baijayanti and Puspalata of Dhipasahi were drowning in the river and it was Pankaj who came to their rescue and saved their lives.

“After jumping into the river, I managed to drag all the three women one after another to the shore,” said Pankaj.

“We are happy to know that Mohanta’s heroic feat has received recognition and it is really a proud moment for all,” said collector, DN Tirumala.

The boy’s teachers and friends at school are also happy with the development.

“Pankaj has brought glory to our school. His classmates erupted in joy when the news of his national award selection reached us,” said a teacher of B.K. High School. 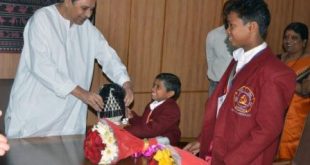 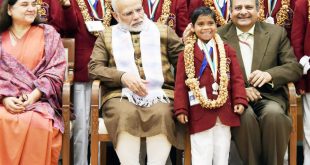 Two from Odisha to get National Bravery Award