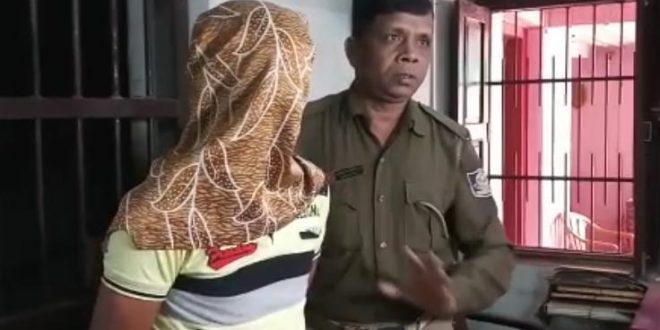 Bhubaneswar: A peon of a Bhubaneswar based private medical college arrested for allegedly raping a 1st-year medical student on Wednesday.

The peon will be forwarded to court after medical examination.

According to police, the peon allegedly raped the medical student on Tuesday night.

However, the peon denied the charges and told media persons that he has been falsely implicated after he saw that one male medical student and the girl in the intimate and obscene act.

“At around 9 PM last night, I saw the girl student and her male friend in a compromising position, while I was coming from the canteen after having my dinner. I immediately shouted at them and told that I would complain the matter near the Principal,” said Khuntia, while speaking to media persons inside the Mancheswar Police Station this morning.

“The couple also requested me not to reveal the matter to anyone with a condition that they would never do such things in future. Later, I went to my room, but the police brought me here at around 4 AM today,” he added saying that he is not involved in any rape case.