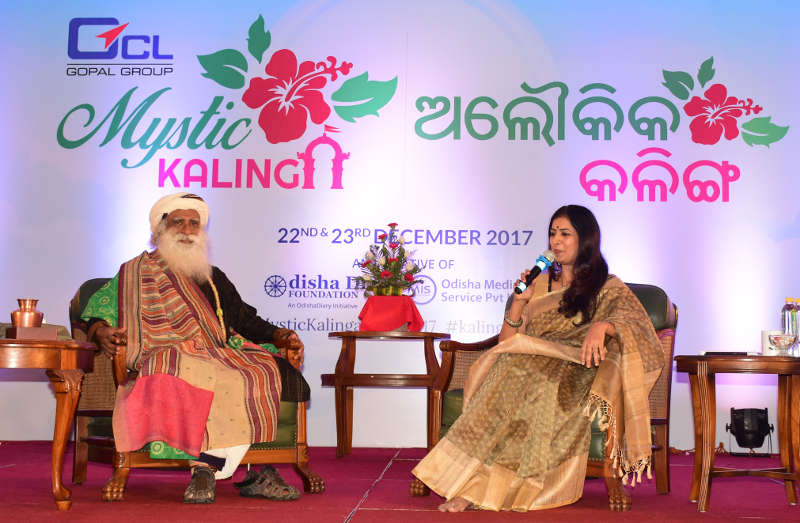 Bhubaneswar: Mystic Kalinga, a two-day international festival of poetry and performances was inaugurated in Bhubaneswar on Friday with the presence of several noted poets from around the world.

Renowned Indian English poet Keki N Daruwala and famous Hindi poet as well as cultural critic Ashok Vajpayee graced the inaugural session and discussed various aspects of Indian culture from a critical point of view. Both the poets said that there must be a clear distinction between myth and reality.

In a specially dedicated session moderated by poet Arundhati Subramaniam, Sadhguru Jaggi  Vasudev discussed Indian mysticism and decoded hidden Indian philosophical messages of Life through short tales and stories in the context of his recently launched book Adiyogi: The Source of Yoga.

During the discussion, Sadhguru answered different questions from the audience about meditation and yoga being alternate to curing mental illness, saying it has the potential to heal mental illness of certain degrees with constant practice.

Describing key aspects of Indian philosophy, he said, instead of being entangled with etymological meaning of conceptual words mentioned in ancient scriptures, seeing the world as it is and self-realisation is the key to happy and peaceful living.

In the end, an Urdu Mushaira session was held where maestros such as Tarannum Riyaz and Shakeel Azmi participated.