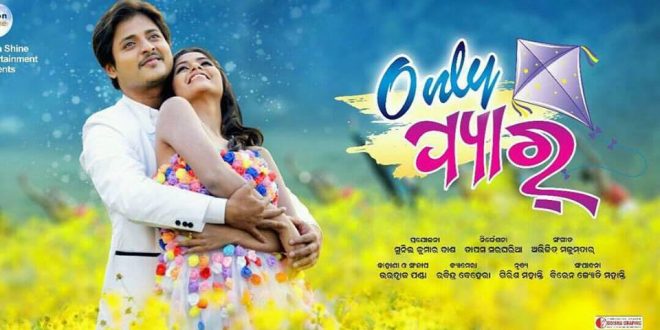 Bhubaneswar: The trailer of Babushan and Supriya starrer upcoming Odia movie Only Pyaar has been released. The romantic movie will be released in New Year 2018.

Only Pyaar, a romantic love story, is filmed under the banner of Moon Shine Entertainment.

According to the trailer, lovebirds Babushan and Supriya are doing full Masti. Babushan is seen enjoying his moment with children. The audience will also enjoy comedy timing of Babushan and other actors.

Babushan, who has four Odia movies in 2017, hoped that Only Pyaar will attract cine lovers to the theatre and they will enjoy it.

Several scenes of Babushan’s upcoming Odia film Only Pyaar is shot at a hill station.