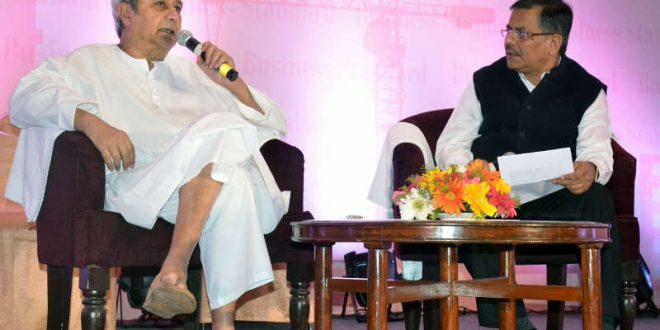 Bhubaneswar: Odisha Chief Minister Naveen Patnaik on Saturday said constitution of a tribunal is only way out to resolve the Mahanadi water dispute with Chhattisgarh government.

“We have asked the central government to form a tribunal, where both Chhattisgarh and Odisha will come up with their points in a judicial outcome and until then stop all the construction work over the Mahanadi river,” said the Chief Minister at 4th Odisha Round Table Conclave organised by Business Standard here.

He said the state government will continue to pursue the point for the constitution of a tribunal to adjudicate the Mahanadi River water dispute.

“We favour a tribunal to resolve the Mahanadi issue rather than opting Centre’s proposal to find an amicable solution through negotiations,” said Naveen.

The Chief Minister’s statement came in response to Union Minister Nitin Gadkari’s request to the state government to go for another round of discussion with Chhattisgarh to resolve the issue through negotiations.

With regional parties trying to form a coalition with the help of Congress against BJP, Patnaik said his party BJD remains equidistant from both BJP and Congress.

Replying to a question on which role you prefer being an author, reluctant politician and Chief Minister for 17 years, he said, “I think being in government is the best role because you get to serve people and help them.”

He also outlined state government goal for developing Odisha as a manufacturing hub of South Asia.

“With our proactive steps, we are committed to higher industrial growth for state’s development and greater employment opportunities for youth,” he added.

He stated that massive efforts are being put in to develop Odisha in to ‘Manufacturing Hub of South Asia’. 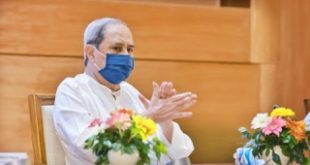