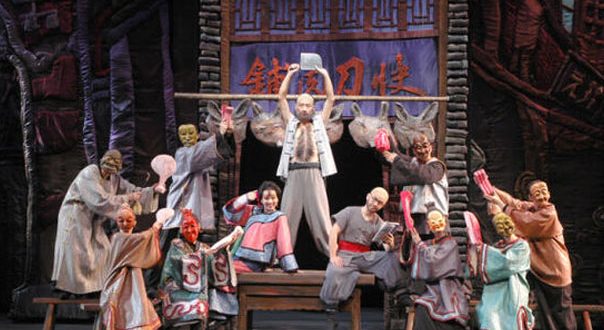 Bhubaneswar: The stage is set in Bhubaneswar with troupes bringing 15 selected plays from across the country to theatres for the eighth edition of Theatre Olympics.

In association with the National School of Drama (NSD), many theatre troupes of India and from outside of the nation will also participate.

The dramas will be showcased in the Rabindra Mandap from February 24 to 27, from February 28 to March 7 in the premises of IMMT, Acharya Vihar and from March 8 to 10 in the Bhanjakala Mandap.

Senior director and actor Manoj Patnaik will go to Manipur with his theatre troupe ‘Manana’to showcase his production on March 19.

Senior drama director and former Secretary of Odisha Sangeet Natak Akademi Dhirendra Nath Malick was also appointed as coordinator of the Olympics. As many as 15 coordinators are appointed from the 15 States.

The Theatre Olympics, being held in India for the first time, is being organised by National School of Drama, under the aegis of Ministry of Culture. The country’s tryst with the biggest celebration of theatre in the world will take place from February 17 till April 08, 2018 and will be held in 15 cities across India.

It was also announced that the inaugural ceremony of the Theatre Olympics will take place in New Delhi, in a gala function with performances by hundreds of artistes while the closing ceremony will take place in Mumbai. The Theatre Olympics 2018 will be the 8th edition of the event and will feature a maximum number of Indian & International theatre groups, invitee eminent theatre personalities along with their performances.

In addition, there will be ambience performances with allied activities like exhibitions, seminars, symposia, interactive discussions and workshops with well-known academicians, authors, actors, designers and directors.

The Theatre Olympics was established in 1993 in Delphi, Greece, as the first international theatre festival. With the tagline ‘Crossing Millennia’, this is an initiative to connect the cultural past with the present and future, bringing the richness and diversity of theatre heritage to the experiments and research of contemporary theatre.

India is all set to join this illustrious list as it plays host to the 8th edition of this global event.