Agni-V is the most lethal missile in India’s arsenal. With an officially declared range of over 5,500-5,800 kilometres, the missile is capable of hitting targets anywhere in China. It has all of Asia and parts of Africa and Europe within its range. 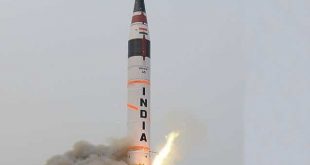