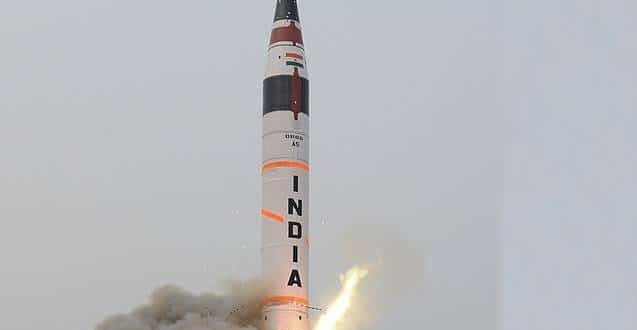 The surface-to-surface missile has a strike range of 5,000 km to 8,000 km that can reach almost all parts of China.

It was launched with the help of a mobile launcher from launch pad-4 of the Integrated Test Range (ITR) at 9:48 am on Sunday.

This was the sixth trial of the state-of-the-art Agni-5. The missile was last tested on January 18 this year.