Bhubaneswar: Despite the boycott call by the Maoists, the 69th Republic Day was celebrated across Odisha with gaiety and patriotic fervor on Friday.

Patnaik said Odisha has marched ahead in terms of development in several fronts.

The police have sounded alert in several districts after the Maoists gave a call to observe Republic Day as Black Day and asked people to boycott celebrations by putting up posters.

These elite counter-terror forces were deployed near the sitting place of the VVIPs and at the vulnerable locations around Gandhi Marg.

During the Republic Day celebration, several daredevil shows were performed. Besides, the culture of Odisha and several welfare schemes were shown at the parade ground here. 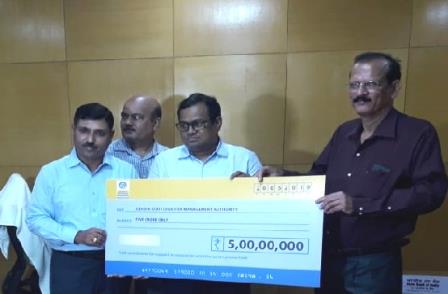 Committee To Inspect Infra Facility In Hospitals For Skill Training