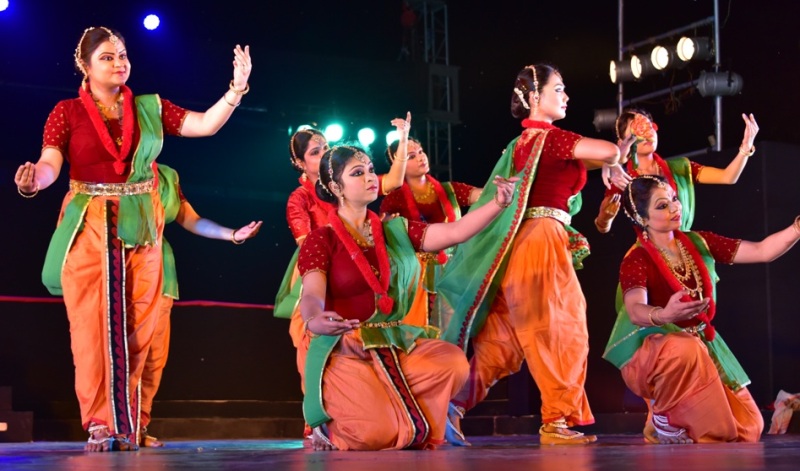 Bhubaneswar: The 14th Dhauli-Kalinga Mahotsav will kick start in Bhubaneswar from February 9.

Organized at the foothill of ancient Dhauli since the year 2003, the three-day mega event will culminate on February 11.

The event is being organized by Orissa Dance Academy (ODA) and Odisha Tourism in association with Art Vision, Bhubaneswar.

The organisers informed that the Dhauli-Kalinga Mahotsav has been able to create an identity for itself and got its due prominence in the cultural map of India.

The festival contains cultural multiplicity and a whole range of diverse stream of performing arts, be it classical, folk or martial.

The festival is a unique confluence of more than 500 artistes belonging to various art forms of Indian dance tradition and it celebrates “unity in diversity”, said the organisers.

The Dhauli peace Pagoda as the backdrop of stage inspires the artistes to cherish the idea of love, peace, compassion and humanity. While Kalinga Mahotsav sends the message of peace through the martial arts being represented from across the country and abroad, they added.

During the Mahotsav, this year the coveted award ‘Buddha Samman’ is being conferred on Padma Vibhushan Sonal Mansingh.

This Samman carries a citation and cash award of Rs. 1,00,000. This award is being sponsored by Ruchi Pratibha Foundation, Cuttack since last 2008.

The prestigious award Gangadhar Pradhan Smruti Samman will be given to four eminent personalities of the different field. They are Dr S. K. Tamotia, Atulya Mahakud, Dhaneswar Swain and Bhagirathi Das.