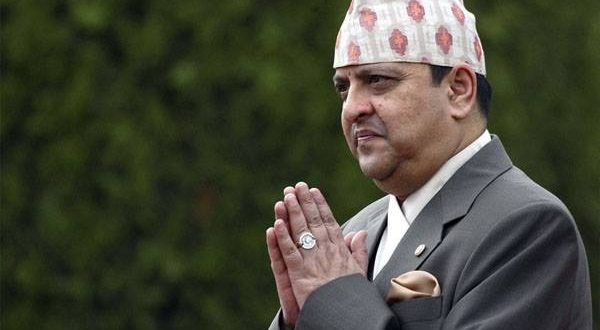 He offered Purnahuti (ritual of yajna performed to mark the end of rites) at Rathipur near Jatni in Khurda district today afternoon.

The yajna was started on February 3.

The Nepal king is on a six-day visit to Odisha starting on Wednesday.

Speaking on the occasion, Dev hailed the initiatives to create awareness among the people about the multi-dimensional importance of cow.

Earlier in the day today, Dev arrived at the Biju Patnaik International Airport (BPIA) here on six-day Odisha visit. He was accorded rousing welcome there.

On February 8 morning, the king will offer prayers at the Lingaraj Temple in Bhubaneswar and visit Sakhigopal Temple the same afternoon.

During his six-day visit, Nepal king will grace a programme marking the beginning of a year-long spiritual awareness drive to commemorate the silver jubilee of the Pattabhisheka of Jagadguru Shankaracharya Nischalananda Saraswati in Puri on February 9 and 10, offer special puja at the 12th century Shree Jagannath Temple at Puri on February 11 and visit.

He will leave Odisha on February 12.