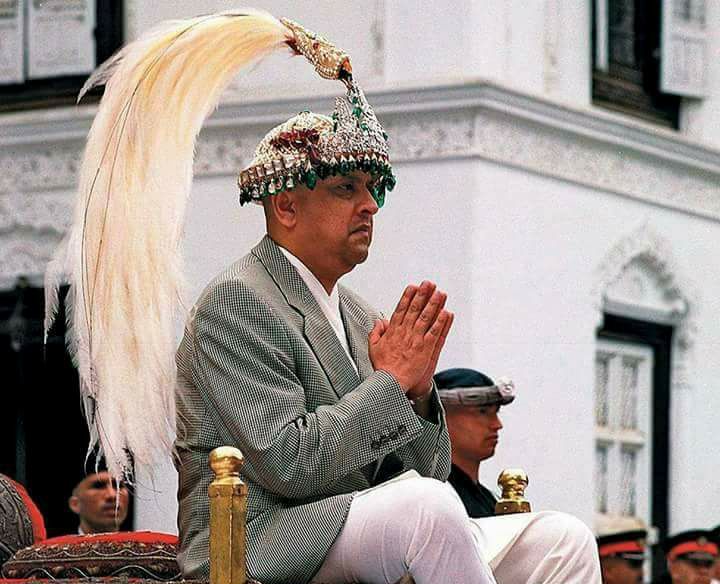 The king is scheduled to visit Sri Jagannath temple in Puri, Lingaraj temple in Bhubaneswar and Sakhigopal temple in Puri district. He will also attend some other programmes during his six-day long tour in the state.

The Jagannath Temple will remain out of bounds for devotees for three hours from 9.30 am on February 11 to facilitate Nepal king’s visit to the shrine for a special puja.

As per the age-old tradition, the royal family members of Nepal are given special privilege at the Puri shrine and allowed to ascend the Ratna Vedi (the holy altar on which Jagannath, Balabhadra and Subhadra are placed) and offer prayers.

Dev had last visited the temple in 2003.

Traditionally Nepal offers “Kasturi” (musk) for the rituals of the sibling deities.

Sources said the Jagannath temple administration will discuss with the Nepal King about the scarcity of Kasturi in the temple.

Sources said after his arrival in Odisha on February 7, the Nepal king will inaugurate the Mission Cow Goshala at Rathipur near Jatni and Govandana, a unique ritual of offering homage to cows.

On February 8 morning, the king will offer prayers at the Lingaraj Temple in Bhubaneswar and visit Sakhigopal Temple in Puri in the afternoon, the sources added.

He will also attend a spiritual programme.  Puri Gajapati Maharaj Dibyasingha Deb among a host of spiritual leaders will grace the programme marking the beginning of a year-long spiritual awareness programme to commemorate the silver jubilee of the Pattabhisheka of Jagadguru Shankaracharya Nischalananda Saraswati of Puri on February 9 and 10.

On February 9 and 10, the Nepal King and Puri King along with the Jagadguru Shankaracharya Nischalananda Saraswati will inaugurate a two-day spiritual discourse programme at the Gobhadrahn Peeth in Puri. Leaders across party lines will also attend the programme.

The Nepal king will also visit Shree Jagannath Temple on February 11 after a gap of 10 years.

“The Nepal King will visit Jagannath Temple on February 11 morning as per the tradition,” said Gajapati Maharaj.

There are deep spiritual ties between Odisha and Nepal as Adi Shankaracharya had established the rituals and practices in both Jagannath Temple in Puri and Pashupatinath temple in Nepal. Both the century-old temples come under the spiritual jurisdiction of the Puri Shankaracharya’s Govardhan peeth.