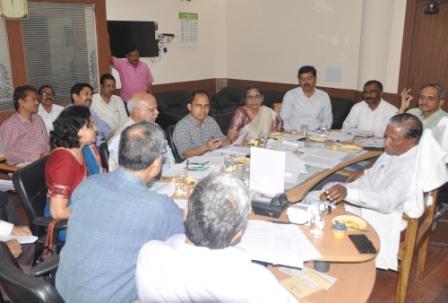 Bhubaneswar: The Odisha government has decided to implement uniform examination system at the postgraduate level from the 2019-20 academic year, said an official on Tuesday.

The government also decided to introduce common curriculum and common examination in all the Universities and autonomous colleges in the state from 2019-20 educational year.

The decision was taken at a meeting of the Vice-Chancellors held here under the Chairmanship of Higher Education Minister Ananta Das here.

The meeting was attended by Vice Chancellors of 12 Universities.

The meeting decided to complete the admission process for undergraduate students through SAMS system in one phase by August 14.