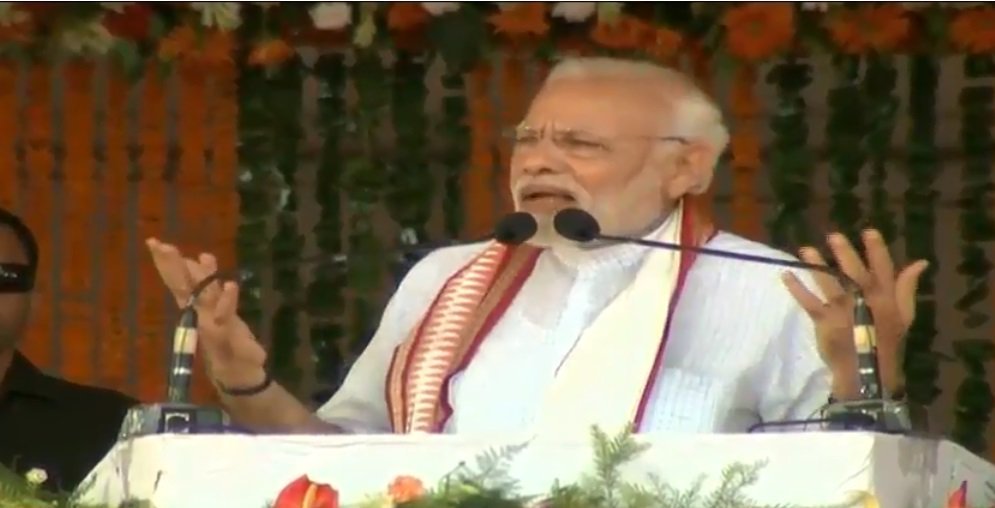 Cuttack: Prime Minister Narendra Modi on Saturday said that BJP-led NDA government runs on commitment – not on confusion, while addressing the nation at the Bali Jatra ground here to mark the completion of four years of his government.

“This is a government which believes in commitment and not confusion,” said Modi.

Launching a scathing attack at the opposition parties, he said that fearing the BJP government’s anti-corruption drives, all enemies in the opposition have now come together.

“Chaos was caused for some when we made strict laws against black money. It made many come together and stand on the same stage, those accused in big scams are coming together now,” said the Prime Minister.

“Four former CMs are in jail and this is our fight against corruption. This has brought a lot of people together on the same stage,” said the Prime Minister.

The Prime Minister said that the Congress party followed the policy of “family first” during its 48-year long rule.

“Our government is running because of ‘janmat’ (people’s choice) and not through Janpath,” he added.

On the struggles of the leaders in the NDA government, he said many of them lived in poverty and that is why betterment of the poor is their biggest priority.

“Vote bank politics by some parties is the reason why development never reached grassroots in India. When we talk about their vote bank politics, they give it a communal colour,” said Modi.