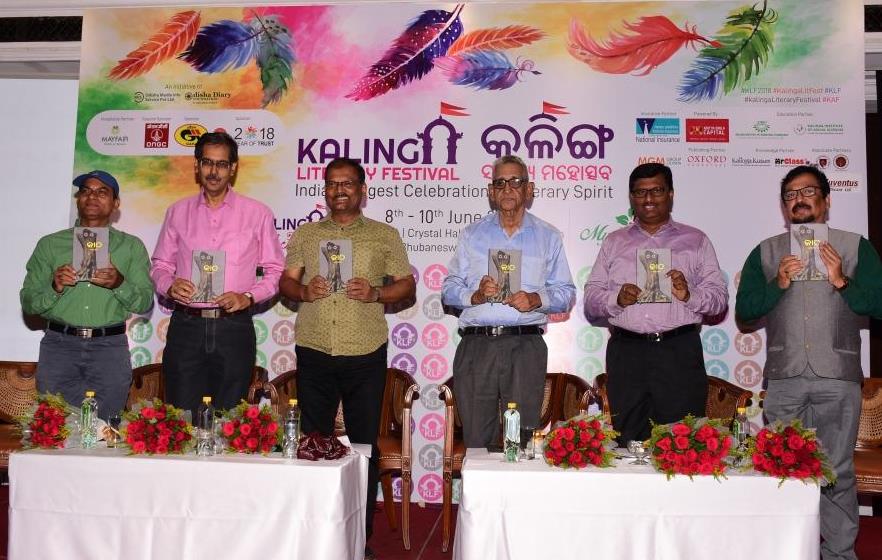 Bhubaneswar: The final day of the prestigious Kalinga Literary Festival 2018 was dotted with book launches, dramatised storytelling sessions by seasoned artists such as KC Shankar and Saswita Sharma while eminent Odia short story writers read their favourite stories in front of an enthusiastic audience and kept them enthralled throughout the day.

Towards the end, a mesmerising Shayari performance by Rahat Indori amused the audience.

During a conversation, noted Bollywood lyricist and Urdu poet Rahat Indori said as the profit-making motive has become a priority of movie makers, the quality of lyrics in Bollywood movies has changed from what it used to be a few decades ago.

“These days the cinema makers have only one purpose and that is to double their investment. So when profit-making becomes central in movie making, the quality of song lyrics suffers,” he said during a conversation on the concluding day of Kalinga Literature Festival 2018.

‘The quality has suffered to such an extent that the lyrics do not have a story in them. The lyric of one song in a particular movie could be used with any other movie of a different genre and it would fit too,” he added.

The concluding day of the literary festival held several sessions on varied subjects and topics. Noted journalist Vinod Dua discussed media and its engagement with the public amid changing scenario of news consumption. Prominent Odia litterateurs such as Subhendu Mund and Paresh Patnaik expressed their opinion about centre and periphery of Odia literature while others discussed the opportunity of literature in the disconnected area of Odisha.

A dedicated session was held for radio artists who talked about their journey and the redefining role of radio in our everyday life. In another session, noted Ollywood actor Anu Chaudhury and others discussed on stock stereotyping of depicting women the same in movies even after so many years have passed since first Odia movie was created.

Rashmi Ranjan Parida, founder and director of the event said, “The fifth edition of the Kalinga Literature Festival was a huge success. Many story writers, performers and poets from Odisha, India and foreigners had a chance to showcase their talent in front of a magnificent audience. We will continue to organise such great events with much more vigour with the support of the general public.”