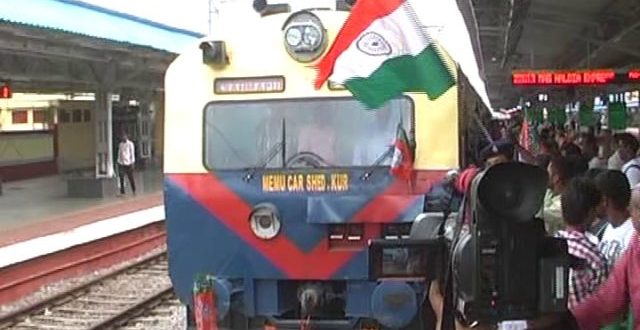 The East Coast Railway (ECoR) kick-started the MEMU train between Berhampur and Cuttack.

The specially designed train will replace and run as per the schedule of Berhampur-Cuttack-Berhampur Fast Passenger.

The train will run 6 days in a week from Monday to Saturday as per schedule of Brahmapur-Cuttack-Brahmapur Passenger.

On Saturday, this train will run as 08434 Brahmapur-Khurda Road MEMU Special from Brahmapur to Khurda Road at 2130hrs.

On Sunday, this train will run as 08/433 Khurda Road-Brahmapur MEMU Special from Khurda Road to Cuttack at 2345hrs.

The 12-coach train each carrying a capacity of 110 passengers will be helpful in solving traffic issues.

Since the train has engines in the middle and drive cabins at both ends, less time will be consumed in engine reversal. This apart, the train has ample space for standing passengers and better toilet facilities.