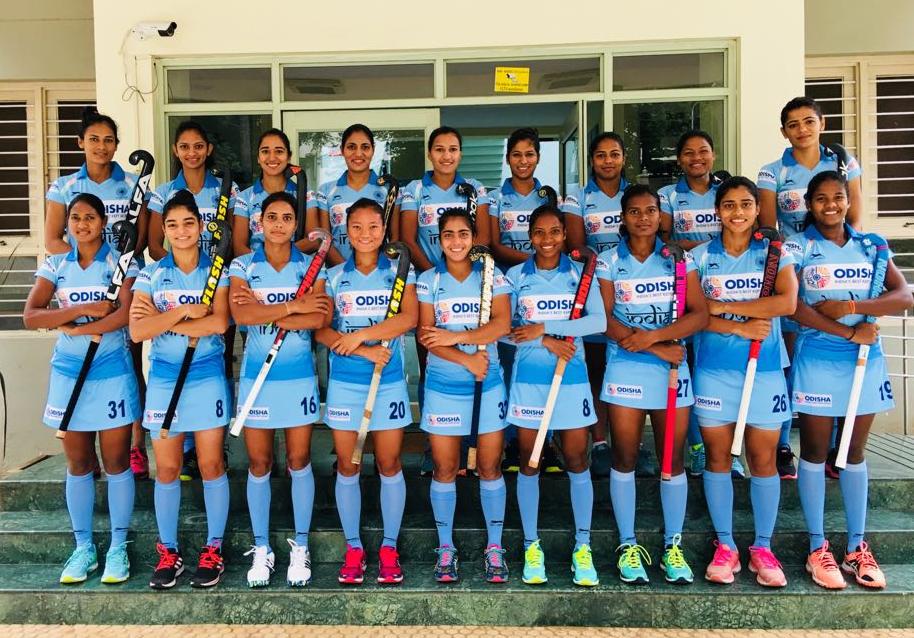 As many as four players from Odisha have been included in the 18-member Indian Women’s Hockey Team. They are Sunita Lakra, Deep Grace Ekka, Namita Toppo and Lilima Minz

The team will be led by experienced forward Rani while Goalkeeper Savita will shoulder the responsibility of Vice Captain. Fellow Goalkeeper Rajani Etimarpu returns to the team after having been rested for the Spain Tour.

India’s Captain Rani returned to the team during their Spain Tour and will again be leading her team’s forward-line. The ace-striker will be linking up with the experienced Vandana Katariya while Navneet Kaur, Lalremsiami and Udita will also provide them support in attack.

“It was not an easy decision to select the 18-member team as all the core probables have worked really hard in the National Camp. However, we feel that this 18-member team will be the best mixture to be successful at the Vitality Hockey Women’s World Cup London 2018,” stated Chief Coach Sjoerd Marijne.

On the team’s balance, the Dutchman said, “We have a good blend of experience and youth in the team. The recent Spain Tour has given the team great confidence to do well at the World Cup. Our focus is on the first match against England.”

“In order to reach our first goal of qualifying for the quarter-finals, we can only think about the first match against the hosts and the team is excited and confident of starting well against them in front of a packed stadium,” expressed Marijne.