Bhubaneswar: As many as 24 MLAs have been selected by Odisha Legislative Assembly (OLA) to get the Best Legislator Award, said an official on Saturday.

The legislators have been selected by the OLA selection committee.

Chief Minister Naveen Patnaik and Speaker Pradip Amat will present the awards to the best legislators for the years from 2009 to 2016. 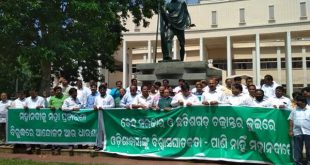