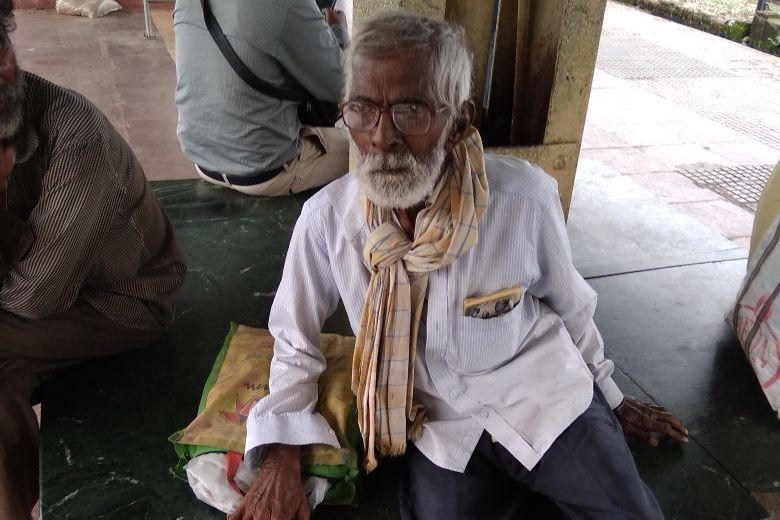 Bhubaneswar: In the age of self-centric urban life and people finding lesser time even to think about their near and dear ones, the Bhubaneswar Municipal Corporation (BMC) has set an example of helping destitute, who have no roof over their heads and also, no one to look after during their dire need.

CR Subramanium (54) from Tamil Nadu, speaking disjointed Hindi words, who was roaming around the Bhubaneswar Railway Station, perhaps for some help, was the latest to be added to the fold of Shelter for Urban Homeless (SUH) under BMC.

He was not only rescued by the volunteers of SUH but promptly sent to the Destitute Ward of the Capital Hospital as he was having multiple wounds over his legs and maggots are emerging out of those places, lying in neglect over a period of time.

Subramanium was noticed by some people in the Railway Station, who noticed the signage of SUH in the platform and from their got the numbers and contacted the volunteers of SUH. After reaching the venue, the volunteers took the old man with them and did the needful.

According to Matrumayee, Shelter Coordinator SUH and from Odisha Patita Uddhar Samiti, “the volunteers have set an example as they not only treat the destitute with care, but with their love, affection and concern make a permanent bonding with the inhabitants of the SUH.”

Sources said that there are more than 300 inhabitants currently staying at seven SUH across the State Capital. While living facilities with food and potable drinking are available for the residents at these short-stay homes, the volunteers also help the needy to get benefits of various welfare schemes.