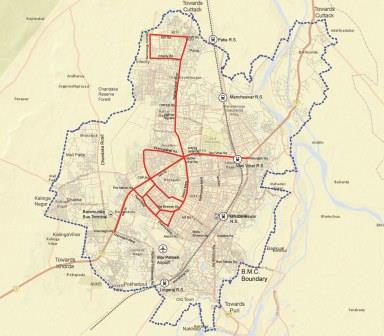 Bhubaneswar: As the historic city is gearing up for hosting its biggest ever international sporting event, the Odisha Hockey Men’s World Cup-2018 towards the end of the year, the Bhubaneswar Municipal Corporation (BMC) has finalised two agencies to take up mechanical sweeping work across major roads in the city ahead of the international hockey tournament.

Both the agencies have been selected through a formal bidding process, for nearly 80 km of the city roads. The civic body will soon issue the letter of award (LOA) to the two agencies, Jharkhand-based United Air Express for Package-II for 43.5 km stretch and Punjab-based joint-venture of Pro Power Sweeping Company Pvt. Ltd and Lions Services Ltd for Package-I of nearly 37 km.

The two agencies, after procuring of required machinery and signing of the contract are expected to start mechanical sweeping work in their respective allotted roads within 60 days, much before the hockey World Cup.

As per the provisions, the operator has to start the work within 60 days after signing of the contract. It has to deploy at least two mechanical sweeping machines and shall ensure that the work of cleaning to be undertaken preferably during the night hours i.e. between the hours of 10 pm and 6 am when traffic density is minimum. However, depending on the requirement the said timings can also be changed by BMC.

Along with the mechanical sweeping during the night hours, manual sweeping will also be carried out in order to ensure cleaning of the major roads and the agencies would also be responsible to carry out cleaning of the construction and demolition (C&D) waste and deposit them at the respective sites near Pokhariput and Patia, besides depositing the normal waste at the temporary transit station (TTS) near Sainik School.

Road survey for debris shall be carried in a mobile inspection van once in a day by the operator. The operator shall ensure removal of the waste within 6 hours after such incident has been brought to its notice.

As per the scope of the work described in the tender, the operators have to ensure cleaning of signage, street furniture and statues along with the mechanical and manual sweeping work.