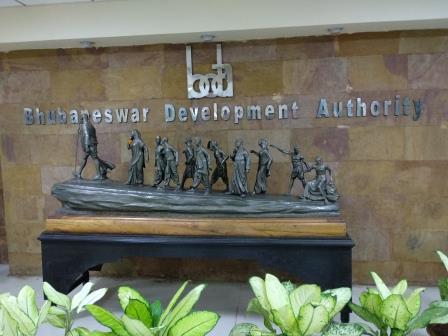 Bhubaneswar: Announcing its commitment towards better environment and greener surrounding and less toxicity, Bhubaneswar Development Authority (BDA) has decided to ban plastic in its main office, parks and BDA market complexes across the city from September 1 on the occasion of its 36th Foundation Day.

Right inside the office at Akash Sobha Building on Sachivalaya Marg of BDA drinking water fountains would be in place on each floor from September 1, its foundation day. Reverse-osmosis (RO) purified chilled and normal water fountains will be available on all floors so that the employees would not use plastic bottles.

All the employees would be asked not to use plastic food packets and staff will have to carry their own lunch boxes and containers, preferably made of metal. Carry bags only of cloth/paper only to be used inside the office premises.

In order to educate people on the plastic menace in parks, IEC activities will be organised to sensitise people with the help of NGOs working with BDA.

“If anyone is found to use plastic inside parks, he/she will be fined. Recognised morning walkers association and park goers’ associations will be requested to implement the ‘no plastic’ ban and the fines collected would be used for development activities of the parks through the organisations,” said BDA in a statement.

Planning Member of BDA would ensure that plastic would not be used in structures getting building plan approval. BDA will form squads to check use of plastic and drive inside parks and market complexes. To start with, a three-day plastic collection drive will start on September 1 (BDA Foundation Day) to clean up parks and make them plastic-free.

BDA officials and employees will act as ambassadors of change in their homes and their neighbourhood. Undertakings would be taken from the officers/staff of BDA to make their surroundings plastic-free.

While partner NGOs of BDA would be roped in for IEC activities, all park goers will be educated on the plastic ban and how plastic is affecting our lives in a bitter way.

In order to make the citizens act more and actively on the ‘no to plastic’ activities, reverse vending machines will be installed in parks for the collection of empty bottles.  EPR or Extended Producers’ Responsibility would be in use so that the producers of the products could add the cost of managing plastic while pricing their stuff. Branch offices of BDA would also be asked to be responsible towards the campaign against plastic.

BDA will also act strictly and cancel the license of trading in the BDA market complexes if a trader if found violating the no plastic directive across the State Capital. No flex banner will be allowed and instead, cloth banners can be used for campaigns or advertising purpose.

It can be noted here that the Bhubaneswar Municipal Corporation (BMC) is going to have plastic collection centres in the city and BDA will also request the residents to use the centres so that the plastic burden will be less.