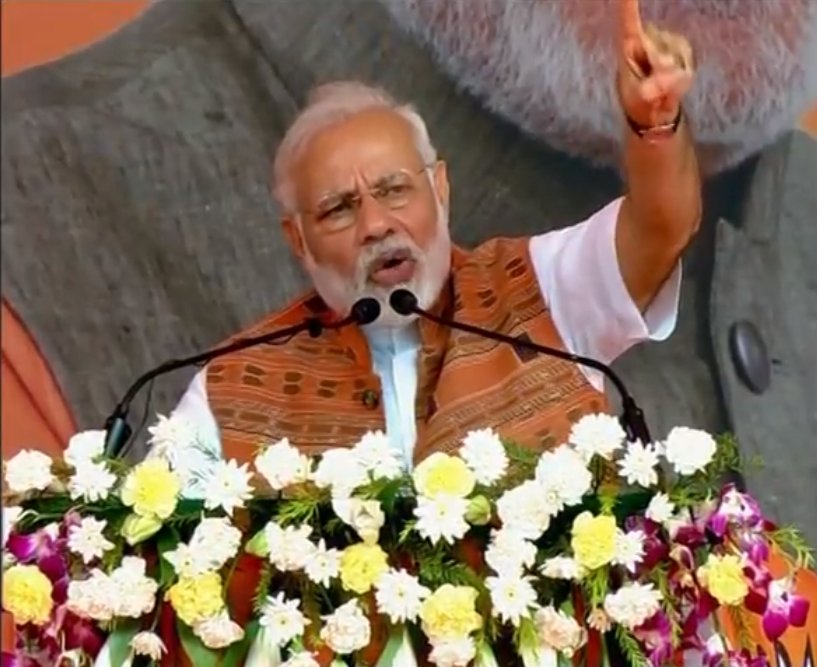 Jharsuguda: Prime Minister Narendra Modi on Saturday said corruption and delay in decision-making have become the identity of Odisha.

“Corruption and delay in decision-making have become the identity of Odisha govt which is creating a barrier for development,” said the Prime Minister while addressing a public rally at Jharsuguda.

Modi accused the state government of being the roadblock for development in Odisha, scam-ridden and dozing.

“It’s time for a major change in Odisha which will help in fulfilling the aspirations of the people of the state,” said the Prime Minister.

He said PC culture is prevalent in Odisha.

“In last few days how many scams are in news? From forestation to polythene, corruption charges are being labelled on Odisha government,” said Modi.

“Before the BJP government came to power in the Centre, Odisha government got around Rs 82,000 crore in five years.  In our government, we increased it to Rs two lakh crore. But can you see the impact of this money on the ground? Where is this money going?” asked the Prime Minister.

“In in recent times, so many scams have surfaced in Odisha… How will development happen in such a situation? So time has come for a big change in Odisha,” said Modi.