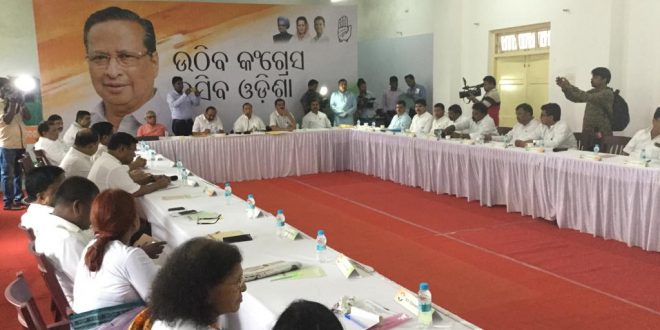 Bhubaneswar: Ahead of the general and assembly elections in the state, the Odisha unit of Congress party on Monday finalised the names of 44 candidates who will contest the 2019 polls.

“The Pradesh Election Committee (PEC) finalised 44 candidates for the assembly elections. They have been selected on the basis of winnability factor,” said Odisha Pradesh Congress Committee (OPCC) President Niranjan Patnaik.

The PEC meeting was held for finalising the candidates.

The list of the selected candidates will be sent to the screening committee of the All India Congress Committee (AICC), which will scrutinise it before the formal announcement.

Members and special invitees were present in the election committee at Congress Bhawan here. Also present in the meeting were AICC gen secretary and Odisha in-charge of the party Jitendra Singh, CEC chairman VD Sathaseevan and all AICC secretaries in-charge of Odisha.