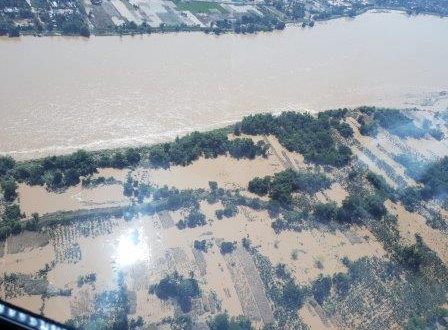 The Chief Minister said all affected families of Ganjam, Gajapati and Gunupur Sub-Division of Rayagada will be given relief for fifteen days.

On an average, a family of four members will be assisted with more than three thousand rupees as the relief. This is at the rate of rupees sixty per adult and rupees forty-five per child per day, he said.

The Chief Minister announced the relief measures after holding a review meeting with officials here. Earlier, he had conducted an conducted an aerial survey of areas affected by cyclone Titli and consequent flood in the state.

Patnaik said connectivity will be restored in all cut off areas within the next 48 hours. Electricity supply to 90 percent of affected areas will be ensured in next 48 hours and the remaining ten percent areas in 3 to 5 days, said the Chief Minister.

He said safe drinking water will be provided in all Block areas within 48 hours and all tube wells will be repaired by tomorrow.

In the next 24 hours, the water supply will be restored in all urban areas. Generator sets will be used wherever required.

House damage and crop damage assessment will start once the immediate relief and restoration measures are completed, he added.