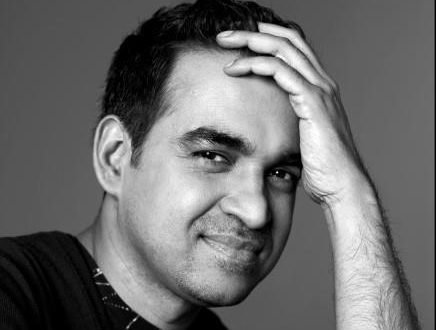 Bhubaneswar: The forthcoming Make in Odisha Conclave (MIO) 2018, the flagship biennial global investors’ summit of Government of Odisha, will have the presence of Bibhu Mohapatra, the globally renowned US-based fashion designer of Odia origin.

He also dressed Michelle Obama several times including dressing her during the Presidential state visit to India where she was greeted by the Prime Minister of India.

In line with “I am Odisha”, the theme of the Conclave which celebrates successes of Odias worldwide, Bibhu will deliver a TED-style talk on the creative economy which would touch upon his personal journey from Rourkela to New York and his experience of starting a label and making a leading fashion brand out of it in the US.

He would also talk about the megatrends in the creative economy of today in addition to throwing some light on Odisha’s creative economy. The talk will be followed by a fashion show wherein Odisha-based handloom work shall also be showcased in draping of saris and local textile pieces.

Bibhu Mohapatra, Founder & CEO, BIBHU said, “I am honoured to be invited by the Government of Odisha to be part of the Make in Odisha Conclave 2018. Having lived the first 23 years of my life here before moving to the US, Odisha has always been close to my heart. I look forward to sharing my experiences with the audience at MIO and help showcase Odisha’s creative potential to the world.”

Industries secretary Sanjeev Chopra said, “Make in Odisha Conclave is not just a confluence of investors and government officials but also a platform for entrepreneurs in the creative economy who have leveraged their ideas and imagination to build enterprises that don’t really rely on land, incentives or power. Odisha has had a deep association with creativity for many centuries.

The State is not just a hub of minerals but is also home to many artistes and creative experts. We are elated to have Bibhu Mohapatra amongst us to share his experiences and inspire more such success stories from Odisha.”

The event has been scheduled during the valedictory session of MIO on 13th November and will have a fashion show curated by Bibhu as well. It shall be organized by the Government of Odisha in association with National Institute of Fashion Technology and other stakeholders.

Although Bibhu is from the steel city, Rourkela, growing up he spent his summers at his ancestral family home is in Kalipur, in Bhadrak district of Odisha. His appreciation for sumptuous Indian fabrics and vibrant colours began at an early age.

This exposure to textiles and garment construction still inspires Bibhu’s designs and permeates throughout the collection of his namesake label. Bibhu moved to the U.S. in 1996, and after graduating from Utah State with a Master’s Degree in Economics, he moved to New York City in 1999 where he then enrolled at the Fashion Institute of Technology.

Before launching his eponymous label at New York’s Fall 2009 fashion week, he was Design Director at J.Mendel for eight years. Today his collection is sold at speciality boutiques in North America, Europe, Russia and the Middle East.

In 2014, Bibhu launched a fur collection that consisted of 22 styles in a collaborative licensing deal with BC International.  Bibhu had earlier designed a collection of hand-woven silks to help the traditional weavers in Odisha. In February 2019, he will launch his newest collection of fine jewellery for Forevermark.