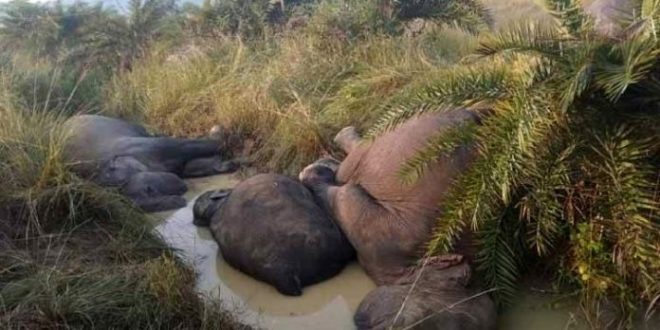 Crime Branch probe ordered into death of 7 elephants in Odisha

Bhubaneswar: Odisha Chief Minister Naveen Patnaik on Sunday ordered a Crime Branch probe into the incident of death of seven elephants due to electrocution in Dhenkanal district.

Expressing grief over the death of the pachyderms, the Chief Minister also ordered for appropriate action in case of any criminal negligence.

A three-member team of the agency has been formed for the probe. The team is scheduled to visit Dhenkanal today.

The jumbos, including five female elephants and a calf, had died of electrocution after coming in contact with a live wire on the outskirts of Kamalanga village under Sadar Forest Range in Dhenkanal district late Friday night.

Similarly, the energy department suspended SE, SDO and Lineman and while it dismissed JE from service.