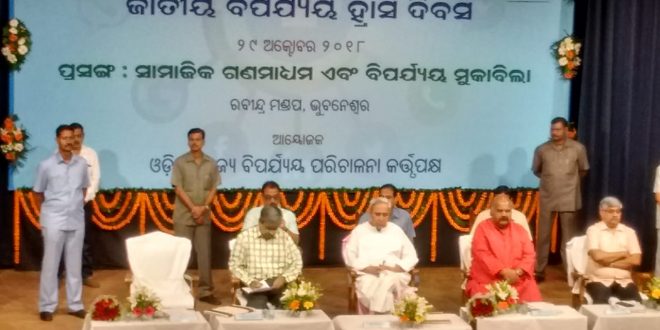 The government has installed 122 towers in six coastal districts to disseminate early warnings about cyclone, tsunami and flood to people.

“No state in the country faces natural disaster with as much frequency as Odisha. Almost every year, we have some form of natural calamity.  In spite of that Odisha marches ahead maintaining a growth rate higher than the country’s,” said the Chief Minister on the occasion of Odisha Disaster Preparedness Day.

He also offered deepest condolences to the precious human lives, lost in the landslide and heavy rains.

“At the same time, my sincere gratitude to all those who worked tirelessly, day and night, beyond the call of duty, to make sure that all those living in vulnerable areas of our coastline from Ganjam to Balasore were evacuated to safety,” he added.

“In the face of a disaster of this magnitude, as a Severe Cyclonic Storm, the third most aggressive in the last two decades – if we could manage near zero casualty, along with entire coastline – the credit goes to each person who pitched in and also to the Odisha Disaster Preparedness System – the 879 shelter buildings, 20 ODRAF Units, 339 Fire and Disaster Response Units, the Early Warning Dissemination Systems, our partnership with RIMES Thailand, Earth Networks USA, deployment of Doppler Radars, our initiative of pucca houses and our scientific mock-drills with community participation,” said Patnaik.

“We have come a long way from 1999; however, we have some ground to cover as far as forecasting precision and vulnerability mapping, especially of interior areas where we had loss of lives and property,” he informed.

Informing that first time in the history of Odisha faced a phenomenon of unprecedented landslides leading to loss of life and property, he said the government will do a vulnerability mapping as regards to landslides in Gajapati district and will take steps to shift hill-top villages wherever required.