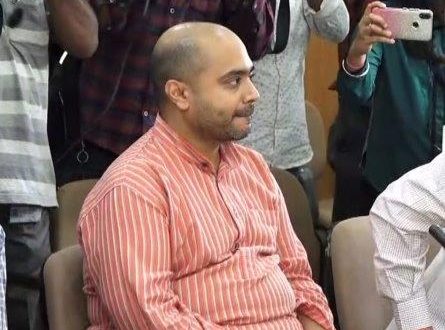 Bhubaneswar: Delhi-based journalist Abhijit Iyer Mitra on Friday failed to submit an affidavit before the House Committee, which is inquiring into the derogatory remarks of Ayer against the Odisha lawmakers.

“Abhijit Iyer Mitra was directed by the Committee to personally appear and submit his affidavit. He hasn’t submitted his affidavit today. He told that his lawyer would be bringing that affidavit. Hence, we waited for sometime,” said House Committee chairman Narasingha Mishra.

“As the affidavit couldn’t be submitted today, the Committee proceedings got adjourned till tomorrow.We have once again directed him to submit the affidavit tomorrow at 11 am. He has also been warned that it is his last chance granted,” said Mishra.

Earlier, Abhijit had appeared before the Committee. It had asked Abhijit to file a detailed affidavit in connection with the Breach of Privilege of the House for his alleged derogatory remarks against the legislators.

Notably, Ayer Mitra has been arrested by the Commissionerate police for his derogatory remarks against Konark temple, Odisha and its culture.