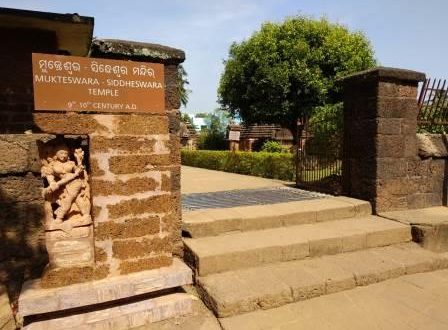 Bhubaneswar: As the Bhubaneswar Development Authority readies its plan to celebrate the World Heritage Week (November 19 to 25) coinciding with the Bhubaneswar Art Trail’s (BAT) opening for the public on the same day, the Old Town area has taken a new look under the ambitious ‘InHerit Ekamra’ Project.

BAT project will be inaugurated tomorrow by Chief Minister Naveen Patnaik and also the Ekamra Walks, the only guided heritage walk of the city, will celebrate its 100th Edition tomorrow.

Apart from the repair and reconstruction of roads in the heritage zone primarily covering the 1.3km trail of BAT, infrastructure development like streetlights, drainage and sewerage and new dustbins for solid waste collection have been placed at different locations.

While laterite walling with iron grills are placed between Swarna Jaleswar and Sampoorna Jaleswar temples, Drainage Channel No. 7 passing through Kotitirtheswar Lane have been given a makeover with matching walls and space for the plantation to be made in future.

LED lights are being planned along the important monuments along the BAT trail so that the area will have a grand look in the evening hours.

Also from the heritage core area advertisements were removed by the BMC Enforcement squad today from near Ananta Vasudev Temple to make the entire zone free from any visual clutter. Beautiful name and directional signage are also placed near monuments and roads to help the visitors across the heritage walk and BAT trail.