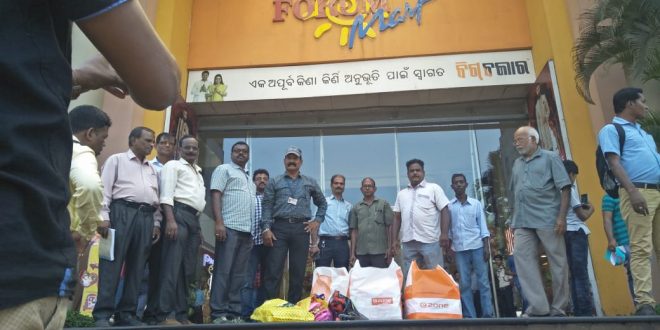 Bhubaneswar: In a massive crackdown on malls and large business establishments across the city, the Bhubaneswar Municipal Corporation (BMC) enforcement teams seized 71 kg of polythene and collected a fine of Rs 15,200.

Today, the raids were carried out by South East Zone under the leadership of its Joint Commissioner Bimalendu Ray and places like the Forum Mart in Satyanagar and Bhawani Mall in Saheed Nagar were raided among others from where 60 kg of polyethene/plastic and Rs 6,000 as fine were collected.

The South West Zone enforcement teams conducted raids on Big Bazaar and V2 at Krishna Plaza near ISKCON Temple, The World near Khandagiri and Sashtri Nagar and Priya Darshini Market near CRP Square.

The teams seized around 5 kg of polythene during their raids. The raids were conducted under the leadership of Zonal Deputy Commissioner Lalatendu Sahoo.

The raids will continue further to enforce `Plastic/polythene Ban’ order given by the State Government on October 2.