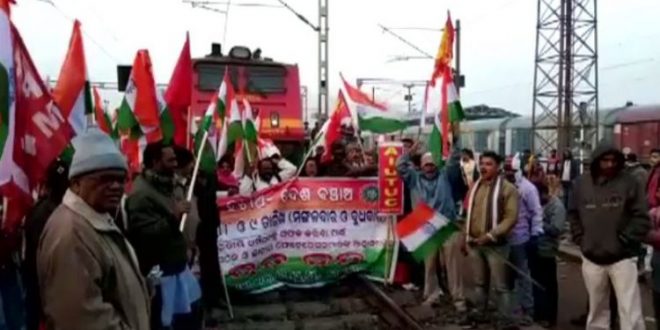 
Bhubaneswar: Normal life was affected in many places in Odisha following the two-day nationwide strike called by various trade unions on Tuesday.

The trade unions are protesting against the “anti-labour” policies of central government.

While buses, autorickshaws and other public transport services remained off the road at several places, trade unions staged rail blockade at railway stations in the state.