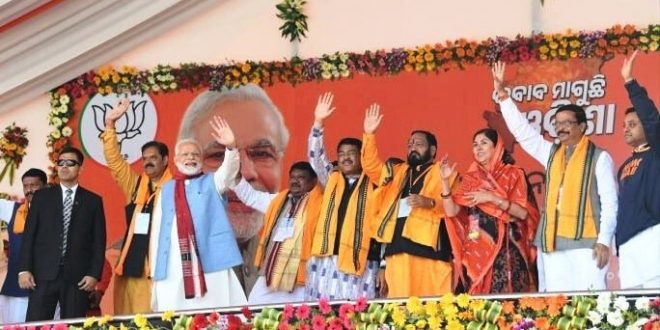 
Bolangir: Prime Minister Narendra Modi on Tuesday criticised the Odisha government for failing to utilise District Mineral Foundation (DMF) funds for the development of tribal people in the mineral bearing areas of the state.

He said that the money from the DMF was not reaching the poor people of the state.

“For the first time, Central Government has made a provision of a fund wherein people residing in mineral-rich states can profit from the mining activities. Odisha has Rs 4000 crore in its mineral fund, but this money has not reached the people yet,” said Modi addressing a BJP rally here.

“What has happened to the Odisha government? When will it wake up from slumber? I urge the state government to use the funds for the benefit of people. I would like to say to them that don’t wait for elections. People have problems and that should be immediately driven away,” said Modi.

He also highlighted the developmental works being carried out in the state by the central government.

“Within one month, projects more than Rs 20,000 crores have been launched in Odisha. I want to ask the people, did you ever imagine that Central Government would do such a thing in Odisha?” he asked.