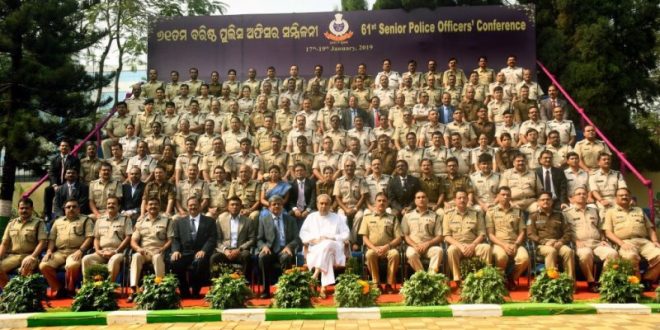 
Bhubaneswar: Odisha Chief Minister Naveen Patnaik on Saturday called on the police officers to be accessible to the people and strive to live up to their expectations.

“On this occasion, I call upon all of you to provide exemplary leadership to the police force of the State, to be accessible to the people and responsive to their problems and strive to live up to their expectations,” said the Chief Minister.

He was addressing the valedictory session of the 61st Senior Police Officers’ Conference at the Police Bhawan here.

He said that his government is committed to providing a safe and secure environment to its citizens.

The Chief Minister said that his government’s special focus is on implementing policies for the overall development of the state to ensure inclusive growth of the people by providing transparent and pro-people governance.

“Protection of rights of the women, children, weaker and vulnerable sections of the society has been the top-most priority of my government,” said Patnaik.

He congratulated the noble initiative taken by Odisha Police in conducting statewide social awareness ‘Paree’ campaign against child sexual abuse with a special focus on such violence on minor girls.

He also congratulated the police officers and all members of the Odisha Police force for their commendable work in 2018 in maintaining law and order, countering the Left-wing extremism effectively and in preventing and detecting crime.