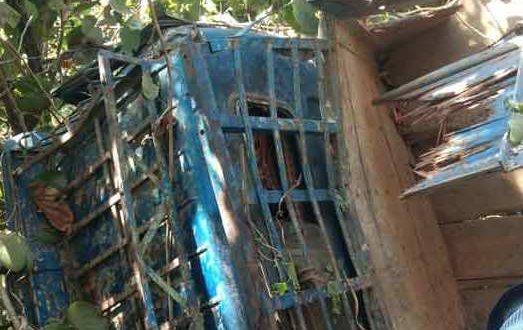 
Kandhamal: At least eight persons were killed and many others sustained critical injuries after a mini-truck they were travelling in skidded off Bangadadua Ghat and fell into a deep gorge near Brahmanigaon in Kandhamal district.

The incident took place when the mini-truck carrying over 40 passengers was en route to Brahmanigaon from Kalingi. The driver of the vehicle lost control over the wheels as a result the vehicle plunged into the gorge.

The injured have been shifted to MKCG Medical College and Hospital in Berhampur.

Chief Minister Naveen Patnaik announced an ex-gratia of Rs 2 lakh to the next of kin of those killed and free treatment for those sustained injured in the accident.