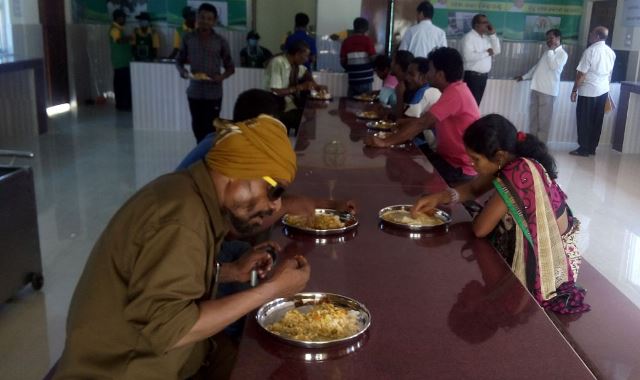 Naveen Patnaik dedicated to the people through video conferencing from State Secretariat here.

With these 38 new centres, the daily capacity has now increased to one lakh meals per day instead of the previous 85,000 meals, the Chief Minister informed.

“Aahar is a popular scheme and it is very pleasing that the total number of centres operating under it has gone up to 157 in the state today. Now, all urban areas in the state have been covered under the scheme with 56 hospital campuses getting the facility,” said Patnaik.

With an objective to provide cooked hot meals to the poor and needy people at an affordable cost of Rs 5, ‘Aahar’ scheme was launched by Odisha Government on April 1, 2015. Housing and Urban Development (H&UD) Department is the nodal department to implement the scheme in the State.