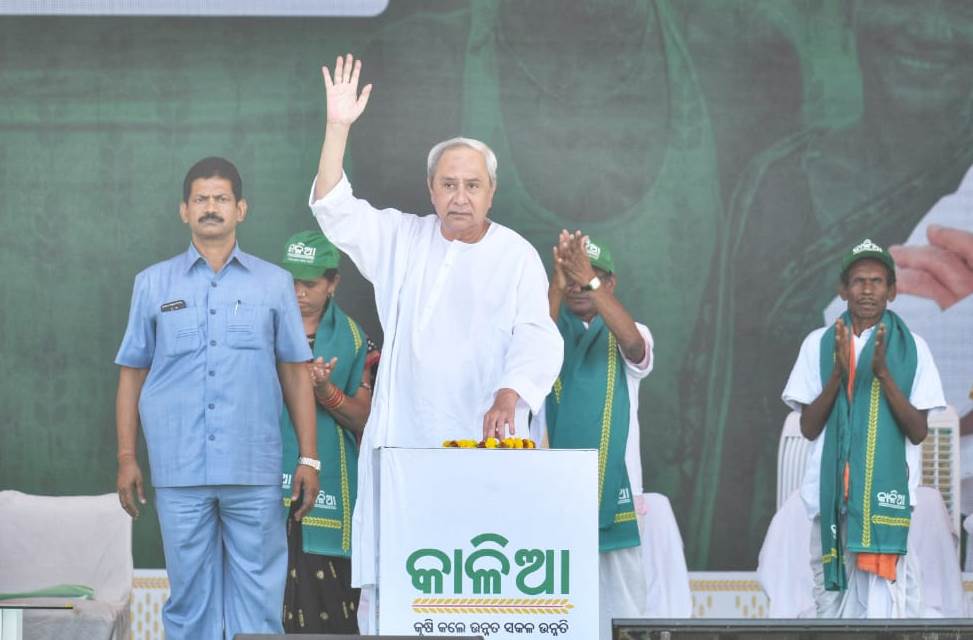 Addressing a rally of farmers in Bargarh, the Chief Minister said, “Farmers are the pride of our nation and we are trying to give them back their rights. KALIA scheme is meant for safeguarding the interests of Odisha’s farmers.”

Terming KALIA a way ahead of the Central scheme, he also demanded that instead of Rs 6,000 the Centre should give Rs 10,000.

He also handed over KALIA assistance letters to farmers after his speech.

Four farmers from Sambalpur, Kalahandi, Bargarh and Balangir spoke about their experiences in agriculture and KALIA Scheme from the stage.

Till date, KALIA Scheme has covered 30,40,038 beneficiaries from 30 districts of Odisha  and more will be included as it has the mandate to elevate the economic status of nearly 92 percent of agricultural families through an investment of more than Rs 10,000crore.

It would be pertinent to mention here that more than 68 percent of the State’s population depends on agriculture for their livelihood.

Before Bargarh, the Chief Minister addressed four massive KALIA Chashi Maha Samavesh (conventions) across the state in order to reach out to local farmers and spread the message of KALIA Scheme.

Today’s remittance of first instalment of financial assistance to 14 lakh small and marginal farmers from the 65 lakh applications received from farmers applied through the Green Forms in the Phase I inclusion process under the KALIA Scheme during January last.

In a step towards making the farmers’ families economically more progressive and their children having professional education to make their lives better, the State Government on February 19 also launched the KALIA Scholarship for the children of KALIA beneficiaries.

They would get total financial assistance from the State Government for their technical/professional education provided that they study in Government-run institutions. Eligible students can logon to kalia.co.in/scholarship and apply.