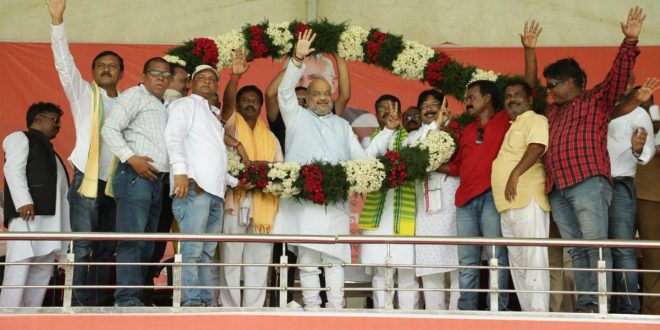 
Baripada: BJP president Amit Shah on Saturday appealed the people in Odisha to throw out the “corrupt and inefficient” BJD government and bring BJP to power to ensure development in the state.

Addressing a rally here in the tribal-dominated Mayurbhanj Lok Sabha constituency, Shah claimed that the rising popularity of BJP is giving sleepless nights to the BJD.

He said people of Odisha must vote BJP to power both at the Centre and in the state for speedy development.

“I have already addressed election meetings in 261 Lok Sabha constituencies. From east to west and north to south, I could hear people chant Modi, Modi. It is clear that the whole country has resolved to make Modi the prime minister once again,” said the BJP president.

He also alleged that more than 20 of BJP workers have been attacked and many killed in the state during the elections.

Shah said the party will send the mining mafias and chit fund accused into jail within 90 days of coming to power in the state.