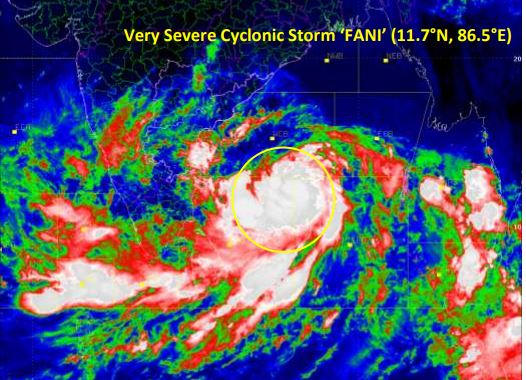 Bhubaneswar: Odisha Chief Minister Naveen Patnaik on Wednesday said eight lakh people would be evacuated in view of the extremely severe cyclonic storm Fani, which is likely to make landfall in Puri on May 3 afternoon.

He directed to ensure 100% evacuation in the vulnerable areas.

The India Meteorological Department (IMD) informed that FANI is expected to touch Odisha coast south of Puri on the afternoon of 3rd May with wind speeds ranging up to 180 kmph causing heavy rainfall in the coastal districts of the State.

IMD also warned of storm surge of about 1.5 meter height which may inundate low lying coastal areas of Ganjam, Khurda, Puri and Jagatsinghpur districts of Odisha at the time of landfall.