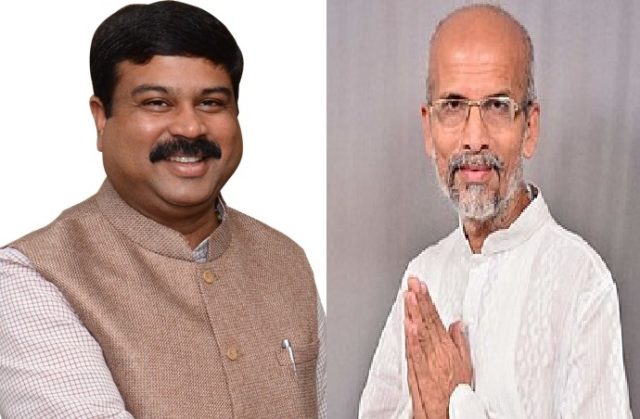 Bhubaneswar: Union Minister Dharmendra Pradhan has retained the portfolio of Petroleum and Natural Gas ministry in the second term of Narendra Modi government.

Pradhan has also been assigned the Steel Ministry.

Union Minister of State and Balasore MP Pratap Chandra Sarangi has been allocated the portfolios of Ministry of Micro, Small and Medium Enterprises (MSME) and Ministry of Animal Husbandry and Dairying and Fisheries.

Both the leaders, who hail from Odisha, were administered the oath of office and secrecy by President Ram Nath Kovind at the swearing-in ceremony of the new government at Rashtrapati Bhavan on Thursday.

Sarangi, a two-time MLA from Nilgiri, contested as the BJP’s candidate from Balasore and defeated two of the richest candidates in the elections.