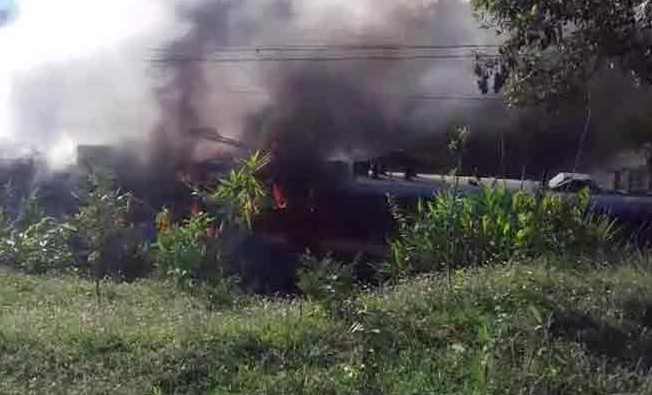 Bhubaneswar: At least three persons were killed after the engine of Howrah-Jagadalpur Samaleshwari Express caught fire when the train rammed into a tower car between Singapur Road and Kutaguda in Rayagada district on Tuesday.

Three railway officials were killed in the incident.

The incident occurred after the Howrah-Jagadalpur Samaleshwari Express hit the tower car engaged in repair work on the railway track at about 4.30 PM.

The engine, luggage van and one general 2nd class coach of Samaleswari Express derailed after hitting the tower car.

The engine, which caught fire following the incident, has been detached, said an East Coast Raliway (ECoR) official.

Station masters on duty at Keutuguda and Singapur road have been placed under suspension, the ECoR said.