The CM said that this system would provide great relief to farmers who had to run to government offices and facing a cumbersome process to pay their land revenue.

The new system is a very simple system developed by Bhubaneswar NIC, where farmers can make an online payment in minutes and get the receipts.

A farmer of Bhubaneswar Tehsil Manoj Kumar Das paid his dues live via videoconferencing demonstrating the efficacy of the new system.

The Chief Minister also interacted with the users of the new system from certain districts like Sundargarh, Ganjam, Nabarangpur and Puri. The users were visibly happy and thanked the Chief Minister for this initiative.

The CM thanked the Revenue Department for the first initiative under Five-T. Elucidating the five-T initiative of the Chief Minister, the CM’s Secretary of Five-T initiative V. K. Pandian informed that all Government services will be available online with minimum human interface by next August 2020, which is the basic tenet of CM’s Five-T Pprogramme. 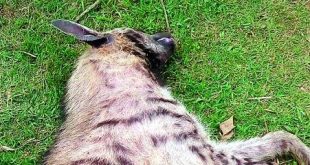