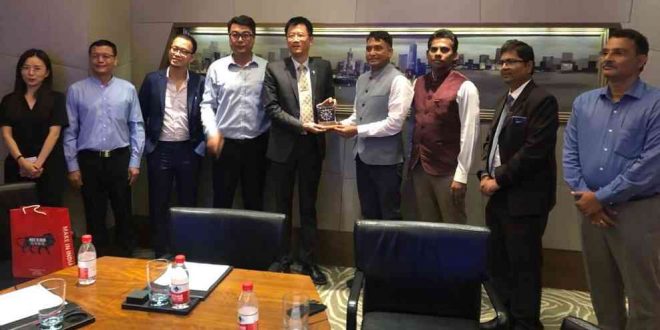 
Bhubaneswar: The Odisha government has organised a roadshow in Guangzhou, China to attract investment to the state.

The delegation visited Nine Dragon Paper (Holdings) Limited at Donguang near Gaunzhou, which has shown interest in investing in Odisha.

The roadshow was attended by the Chinese Industries representatives and was facilitated by the Indian Consulate in Guangzhou under the leadership of Sujit Ghosh.

Informing that India and China have ancient links, the Industries Minister said that Odisha has come up a long way under the leadership of Chief Minister Naveen Patnaik and is now one of the most industry-ready state in India, with some of the best parameters in infrastructure and skill availability.

He invited the Chinese industries to visit the state and establish investment links for which the state of Odisha is committed to give the best of facilitation and services.

He also answered the queries raised by Chinese companies in the interaction session.

The event was followed by one to one meeting with members of China Association of Small and Medium Enterprises (CASME) about bringing industries and supply chains in different sectors in Odisha and some others including, Phenix Battery Company a manufacturer of mobile phone batteries.